Jim Piddock is an actor, writer, and producer, who began his career on the stage in England, before emigrating to the U.S. in his early twenties. He made his theatrical debut in the U.S. in “The Boy’s Own Story”, a one-man show about a soccer goalkeeper, at the Julian Theatre in San Francisco. The show was an instant success with critics and audiences, winning Jim the Bay Area Critics’ Best Actor Award. The show was then produced Off-Broadway and he quickly gained the attention of the New York theatre scene. That same year (1982), he was cast in Noel Coward’s “Present Laughter” by George C. Scott, who directed/starred in the revival, which also featured Nathan Lane, Christine Lahti, Dana Ivey, and Kate Burton. The show was a big hit on Broadway and Piddock soon found himself appearing in a string of Broadway and Off-Broadway shows, including the original US production of “Noises Off”, “The Knack” at the Roundabout Theatre, and “Make and Break” with Peter Falk at the Kennedy Center. After replacing Frank Langella in “Design For Living” at the Circle-In-The-Square theatre, he moved to Los Angeles and has since appeared in a long succession of tv shows, such as “The Tracey Ullman Show”, “Coach”, “Max Headroom”, “The Twilight Zone”, “Murder She Wrote”, “Mad About You”, “Angel”, “ER”, “Friends”, “Crossing Jordan”, “The Drew Carey Show”, “Lost”, “Monk”, “Without A Trace”, “Dollhouse”, “Party Down”, “Law And Order: LA”, “Castle”, “Two And A Half Men”, “Children’s Hospital”, “Mom”, “The Royals”, and “The Grinder”.  He has also starred in several notable tv movies and mini-series, like “From The Earth To The Moon”, “A Mom For Christmas”, “She Creature” on HBO, and “The Women Of Windsor”.

He appeared in his first movie in the top-grossing film of 1989, “Lethal Weapon 2”, in which one of his lines, “But…you’re black” in answer to Danny Glover’s request to emigrate to South Africa, became a catchphrase for the film. Other feature film roles soon followed, including notable appearances in “Independence Day”, “Traces Of Red”, “Multiplicity”, “Burn Hollywood Burn”, “Austin Powers 3”, “A Different Loyalty”, “Love For Rent”, “See This Movie”, “Love For Rent”, “The Prestige”, “Epic Movie”, “Who’s Your Caddy?”, “The Seeker: The Dark Is Rising”, “Meet The Spartans”, Woody Allen’s “You Will Meet A Tall Dark Stranger”, “Get Him To The Greek”, “The Cold Light Of Day”, “The Five Year Engagement”, “1915”, “Think Like A Man Too”, and “Kill Your Friends”. But it is probably his diverse performances in the improvised Christopher Guest comedies “Best In Show” (as the Dog Show commentator with Fred Willard), “A Mighty Wind”, and “For Your Consideration” that he has gained the most attention as a chameleon-like character actor, barely recognizable from role to role.

As a voice actor, he is most notable for providing the voice of Major Zero in the English version of the massively popular video game “Metal Gear Solid 3”, Bolero the Bull in the movie “Garfield 2”, and the fictional artistic director of Forever Young Films, Kenneth Loring, doing a hilarious commentary in the directors’ cut of the Coen Brothers’ “Blood Simple”. His voice work in animated tv series and in video games is extensive and includes “The Lion King”, “Extreme Ghostbusters”, “The New Batman Adventures”, “C-12: Final Resistance”, “Return To Castle Wolfenstein”, “The Lord Of The Rings”, “101 Dalmatians 2”, “The Bard’s Tale”, “Dead Space: Downfall”, “Ben 10: Ultimate Alien”, Alfred in “Batman: Under The Red Hood”, “Batman: The Brave And The Bold”, “Skylanders: SWAP Force”, “Turbo FAST”, and “Teenage Mutant Ninja Turtles”.

In 1990, Jim began another career as a writer, selling his first spec screenplay, co-written with Margaret Oberman. Since then, he has pursued parallel careers as an actor, writer, and producer, having had a diverse collection of films made, crossing all genres, such as “Traces Of Red” (Samuel Goldwyn Company), “One Good Turn”, “A Different Loyalty” (starring Rupert Everett and Sharon Stone), New Line’s “The Man” (starring Samuel Jackson and Eugene Levy), and “The Tooth Fairy” (which he also produced) for Fox, starring Dwayne Johnson, Ashley Judd, Billy Crystal, Steven Merchant, and Julie Andrews. He has written pilots and episodic television for US television and also created, wrote, and produced the BBC series “Too Much Sun”, starring Mark Addy, Alex Jennings, and Lee Majors. Recently, Jim has collaborated as a writer/producer with Christopher Guest, co-creating the HBO series “Family Tree”, which he and Guest also co-starred in, and writing/producing the film “Mascots” for Netflix, which they also both appear in.

In 2007, Jim’s reputation as one of the UK’s most notable exports was confirmed at the Ricardo Montalban theatre in Hollywood, when he co-starred with Billy Connolly, Tim Curry, Eric Idle, Eddie Izzard, Jane Leeves, Emily Mortimer, and Tracey Ullman in Eric Idle’s theatrical event special “What About Dick?”. The show was revived in 2012, and filmed for dvd release, at the Orpheum Theatre in Los Angeles, with the addition of Russell Brand and Sophie Winkleman to the cast.

Jim lives in the Hollywood Hills and is currently working on several projects that he will write/produce, some of which he will also appear in. 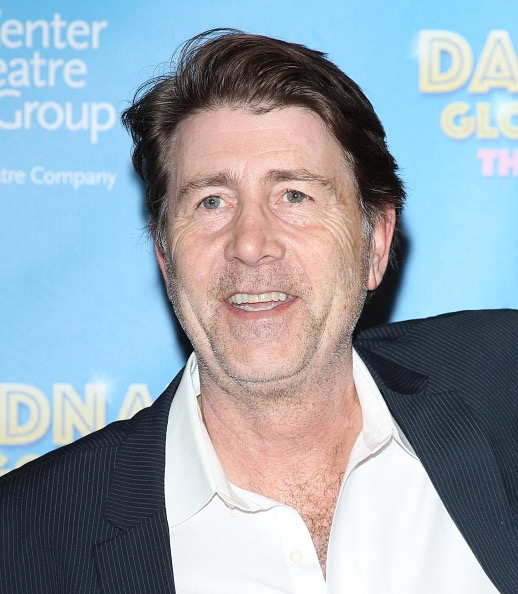 At the age of 23, Jim directed 3 plays in repertory, becoming the youngest director working in the English theatre at the time.

He once turned down a request to appear in a French magazine’s “Sexiest Man Of The Year” article, with the response: “I’m flattered, but I don’t want to add performance anxiety to my list of neuroses”.

His grandfather, Harry Piddock, had a music hall act with Charlie and Syd Chaplin, before Chaplin left for the U.S.

Jim is a fanatical supporter of Crystal Palace Football Club. In 1999, he founded the Crystal Palace Supporters Trust, along with sportswriter Paul Newman and lawyer Richard House. The Trust helped save the club from receivership, became the model for most Supporters’ Trusts in Britain today, and earned Jim a place in England’s “Football Hall Of Fame”.

He was writing/producing “Too Much Sun” for the BBC in London the same week he filmed “Best In Show” in Vancouver. He and Fred Willard shot all their scenes in 1 day because he had to be back for the tv show’s taping at the end of the week.

Among US sports, Jim is an avid fan of the Oakland A’s baseball team.